One thing I kind of regret is that I didn’t track my hair growth from when I lost it due to the Hodgkin’s. I shaved my head so I really did start over from scratch. I probably had less hair then than I did when I was born. I have always thought that I’m kind of a slow grower of the hair. Now that my hair is starting to come back in, I’m kind of curious about how long it really takes to fill in the fuzz. So I’ll be taking periodic pictures to kind of chart the progress.

These first pictures were taken during my party on June 25th. Click the picture if you need a closer look. 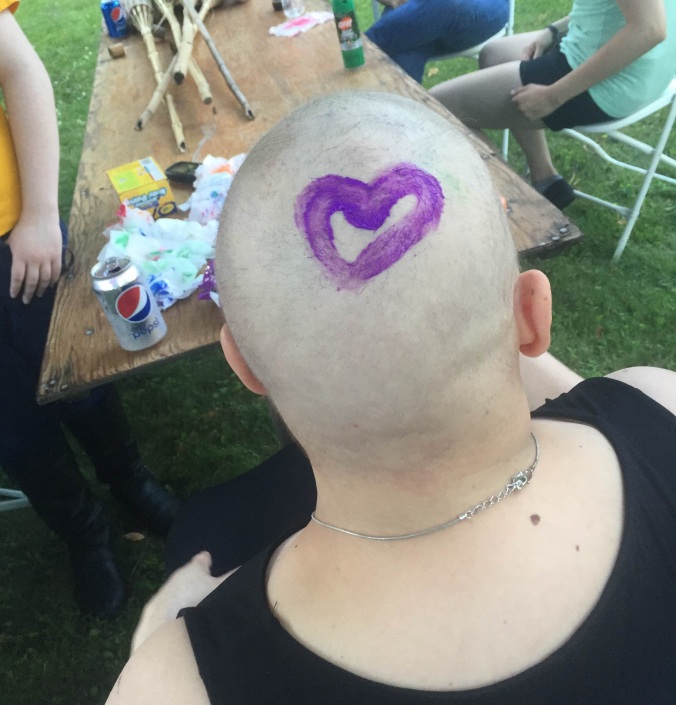 I had a light fuzz all over my head. 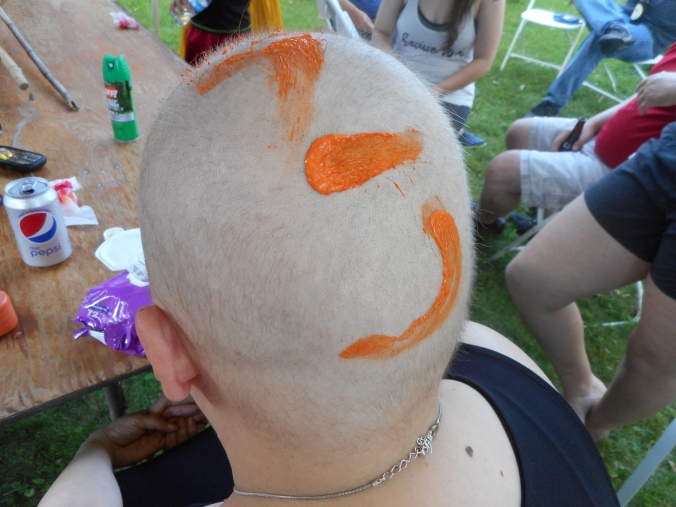 Although, because I buzzed it with clippers rather than shaved it, I did have some weird inch long hairs randomly mixed in with the fuzz.

As you can see, I had more hair on the back of my head than I did on the front. The dinosaur was way fuzzier than the sun. However, those silly “long” hairs are more apparent in this photo.

These pictures were taken August 3rd, so there is a little over a month between the photo batches.

Now there is a lot more hair on the front part of my head. I’m so glad. I was afraid that I’d end up looking like that cranky Sesame Street guy who had Grover as a waiter. 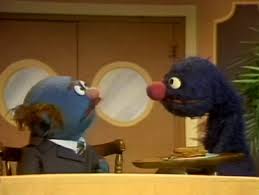 Not a good look for me

The new hair is so soft. It feels like petting a puppy. 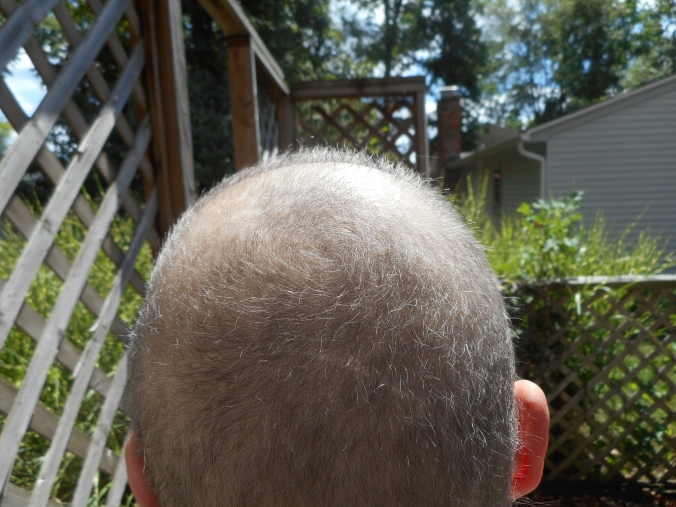 As you can see from the other pictures, the camera is picking up a lot of silver. This picture shows more of the darker hair. The lighting really influences how it looks. I’m excited to see what color I’ll ultimately have.

We’ll see what it looks like in another month! 🙂